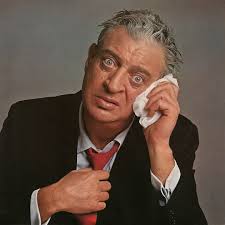 Try asking serious Video Poker players “what is the best video poker game to play?” and you can expect them to answer with questions FOR YOU. That’s why today we introduce Choosing Video Poker Games – Which is Best For You? Some considerations in finding the answer include:

Choosing Video Poker Games. Different pay tables, different denominations, single line or multiple lines, extra bonus features – every year a new batch of games are introduced. It was all based on one game – Poker, Jacks or Better. But playing Video Poker and playing the table game Poker are very different. After knowing the hand hierarchy – pair, two pair, etc., both diverge onto different paths of play. If you are new to video poker, the first thing you should understand is that while it uses poker card rankings for the basis of pay out, that’s really where the comparison ends. You can’t bluff the machine or figure out OPTIMAL STRATEGY by yourself.

THE DEAL and RANDOM NUMBER GENERATOR

So, how does this game work?  Let’s use Jacks or Better as our base game. A Random Number Generator (RNG) deals 5 cards from a 52 card deck. (Some games use more, such as Joker Poker). The player chooses the cards to keep, presses draw to get replacement cards for those discarded to make the second and last 5 card hand which decides the payout. Most VP machines (some older machines deal the draw cards differently) deal the draw cards from the continuously running RNG.

There are lots of myths concerning the Random Number Generator and what cards the machine deals. these myths are usually perpetuated by players “perceived success” on a very small sample size.  A small sample size can be playing for an hour, all the way up to daily play. The expected value (EV) is your expected payout, but the mathematics involved would disprove any myths with longevity of the machine – up to three constantly.

There are three major differences from slots and video poker:

Remember, a bankroll is a totally separate amount of money dedicated to casino gaming – not to pay bills, and family necessities. Best practice is to budget money into special bankroll that is discretionary, not necessary.

You can play single line games at nickel (hard to find outside of Nevada), quarter, fifty cents, $1, $2, $5, $10, $25 and even $100 machines.  Your bankroll should help determine the game you play. Usually, players are told as a rule of thumb, you need about three to four times the amount won when you hit a royal flush on your game and denomination of choice. For example if you are planning to play a 25 cent Jacks or Better game (standard game, not a progressive) where the royal flush pays 4,000 credits ($1,000 on a quarter machine), you need three to four times that amount or $3,000 to $4,000 dollars………If, instead you plan on playing a standard dollar Jacks or Better game where the jackpot once again is 4,000 credits, you will need $12,000 to $16,000 since the dollar amount of the royal flush is now $4,000.”

Volatility is a generic term which refers to how high or low the bankroll swings.

When looking for the best video poker game for your play you should check the pay table, specifically  the full house/flush payouts. Those two numbers with the specific game will usually determine the expected payout %.  Be be careful just checking only those payouts.

Another part of the payout structure to look at is the pay for four-of-the-kinds (quads). You will find that the higher the quad payout is, the more volatile the game can be, and so, a larger bankroll is needed because it is a more volatile game.

A simple way to figure it out is if there is a dramatic difference in the Royal Flush playing max bet of five coins. If not, play 1-4 credits as you desire. If yes, always bet max.  For more info on playing Max Bet, click on “Video Poker &  Max Bet.”

If you are interested in multi-line games, such Triple Play, Five Play, Ten Play, Twenty-five Play, Fifty Play or One Hundred Play, you may want to drop down from quarters to nickels depending on the number of lines.

Looking for more action – and most likely more volatility – choose Multiline Video Poker Games.  These include novelty multilines like Barnyard Poker, Ultimate X, Powerhouse Poker, or the very popular Super Times Pay Poker. Multi-hand video poker variation follows the same rules and principles as the single-hand … requires a separate bet, similarly to the individual paylines on multi-line video slots. … The difference in multi-hand video poker is there is more volatility.

Most of these games require the same strategy as the single line. However, a few games, such as Quick Quads and Ultimate X require tweaks in play.

Recreational gambling is about being prepared and having fun. For some, the fun is the priority.  For me, I’d like my fun to last as long as possible. New to Video Poker? Start with Jacks or Better (JOB) either 9/6 or 8/5, offered in most casinos these days at the $0.25 denomination.

Video poker can be a grind, so if it’s not fun, move on to something else. But the more prepared you are, the more fun it will be and your sessions will usually last longer.

Remember, “When gambling, embrace the math, not the myth”